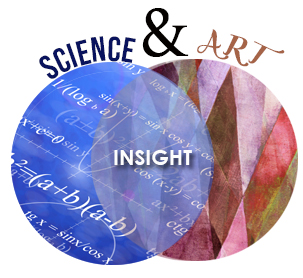 Left-brain vs. right brain.  Logic vs. emotion.  Science vs. art.  For centuries, we have assigned people and their thought processes into one category or another. But does is it really need to be one or the other?

There are many examples throughout history of how artistic talents have been married with specific scientific skills to solve complex problems and create wonderful things: the great pyramids, the works of da Vinci, the Roman Coliseum, Machu Picchu and the Pantheon are just a few. The most successful people, cultures and business have found the right mix of the two.

In modern times there are equally impressive examples of the marriage of science and art. In this three part series I will explore this dynamic across several industries, concluding of course with my favorite – Retail. By the end I hope you will agree with me that the most money can be made when applying science to artistic endeavors.

My fellow merchants – Please stick with me as I present this topic and set the stage for the next generation of science and art in retail. It will be well worth the read.

Suppose you ask a friend how much change they have in their pocket and they respond, “eight coins.” Would you think you had learned much about the exact amount in their pocket?

Compare this to determining a player’s batting average where you divide the number of base hits by the total number at bats.  Does this tell you much about what actually happens on the field? In other words, it doesn’t tell you how the baseball team scores runs, gets outs and wins games.

In both examples, the measurements do not answer the real question being asked. In these questions lie the foundation of sabermetric thought.

Popularized through the book Moneyball and later in the movie starring Brad Pitt as Billy Beane, the term “sabermetrics” is derived from the acronym SABR, which stands for Society for American Baseball Research.

Baseball is, and always has been, a numbers game. Since its birth in 1845, baseball and numbers have been inseparable. Baseball has also tried very hard to maintain its “old school” mentality when it comes to changing rules or processes for the betterment of the game. For example, we still have umpires making judgment calls on balls and strikes when a computer could easily make accurate calls instantaneously.

Each year, teams invest millions of dollars in players –both new draft picks and free agents –at the risk of one or many of them not performing up to the level needed to win. For the first 150 years of baseball, scouts would look at the traditional statistics – batting averages, RBIs, stolen bases and ERAs – used to determine the potential for each player and a corresponding dollar amount they were worth.

So it came as no surprise that when the sabermetrics concept started to gain traction in the world of baseball, the traditionalists were not impressed. For many, there is no reason to view the game through such a complicated lens. They felt the game should be experienced and analyzed as it always has been, and reducing the game to a binary code would detract from the true essence of baseball.

But a funny thing happened on the way to the ballpark.

The merging of science and art is often born out of the need to solve a problem. For the Oakland A’s in the late 1990s and early 2000s, the problem was money. Under new leadership, the team salary was slashed to a level that gave the A’s the third lowest payroll at approximately $40 million. In contrast, the Yankees were at the top at $126 million. With no salary cap, how does a team at the bottom of the payroll ladder compete against a team at the top?

Beane, a former player and now VP and General Manager of the Oakland A’s, studied and adopted the concepts behind sabermetrics in an effort to find value in players that would have otherwise been passed up. Beane applied predictive models to non-traditional stats like on-base percentage to determine the player’s value.

Beane looked under the rug and found value in players who were passed up based on traditional statistics. The result? They reached the playoffs in four consecutive seasons from 2000-2003. In 2002 they became the first team in over 100 years to win 20 consecutive games.  Given that the A’s did not significantly increase their payroll during this period, I‘d say this was a very successful, non-traditional use of statistics to solve a challenging problem.

The model used by the A’s has now been adopted throughout baseball.  However, even though analytics were brought into the process to validate the scouting, the scout is still trusted for his role in identifying candidate new players who could be a fit for the team and its culture – which is more of an art.  It is this blend of art and science that has been adopted throughout baseball.

The end result is efficiency - identifying more “diamonds in the rough” and fewer busts. At First Insight, we apply a very similar process to finding winning products for the retail industry.  The designer and merchant are experts in the art of setting trends and identifying candidate new products.  First Insight adds the science of predictive modeling to determine which items will be the winners and how to price them.

In my next post, I will look at how Hollywood has adopted a similar approach – applying science to the artful craft of movie making.