Smartwatches are big, pricey -- and ugly

September 20 2016 by Matt Hamblen for Computerworld

Consumers in a recent survey said today's smartwatches are too expensive, too big and even "ugly.

"That's not good news for the Apple Watch Series 2, which went on sale Friday starting at $369.

Negative findings in the online poll of 1,506 North Americans equally apply to Apple, Samsung, LG, Motorola and others in the smartwatch market. Nearly half -- 49% -- said they haven't bought a smartwatch because they are "waiting for the prices of existing smartwatches to come down."

Most want a price of less than $200, according to First Insight, which conducted the survey released today. First Insight calls itself a predictive analytics firm that uses survey results, and then applies its own algorithms for further insights. Its findings are purchased by retailers, manufacturers and others.

The smartwatch market plummeted in early 2016 after high expectations in 2014, when smartwatches began to arrive on store shelves. Some industry analysts have high hopes for Apple's next-generation smartwatch. They said buyers held off purchasing the original Apple Watch in early 2016 because they wanted to see the next version. Even so, Apple isn't planning to release how early sales have gone.

"The smartwatch gold rush for consumers [of 2014] appears to be over," said Greg Petro, CEO of First Insight. "One reason is that smartwatches that have come to market haven't met consumers' lofty expectations. Pricing is an area of contention and confusion. Consumers clearly don't value smartwatches as much as manufacturers thought they would at this point in time."

With the Series 2, Apple focused on sports and fitness enthusiasts and even included a special Nike-branded version. But there are many other capabilities that Apple isn't marketing heavily. Even so, the starting price tag of $369 shows a "real disconnect between the company and potential buyers," Petro said. "Price is a major factor in smartwatch purchase decisions."

While some potential buyers found various smartwatches to be "cool, sleek or beautiful," more often they used words like "ugly, bulky and big."

In various surveys, women often complain about smartwatches being too large, but a segment of female buyers has also been attracted to oversized fashion watches in recent years, Petro said. In the First Insight survey, about 70% of the respondents were women.

First Insight said that the value of a smartwatch is more important than design alone, and if the price is right or wrong, it is the biggest variable that will influence a buyer's decision to buy. The company noted that even if a consumer has positive sentiments about a smartwatch, that alone doesn't determine whether the product will sell.

First Insight noted in its smartwatch report that "Apple has a lot of work to do, and isn't the only one." The original Apple Watch did the best of six smartwatches on a number of factors rated by consumers, but still ranked only a "less than impressive" seven out of 10, below the eight or higher ranking that First Insight believes is needed to bring a product to market.

"These relatively low scores, paired with the fact that nearly 70% of consumers currently don't own a smartwatch and 33% of consumers don't plan on purchasing one, prove that smartwatch manufacturers have a long way to go to create devices that consumers actually want," the report said.

First Insight didn't include any Samsung smartwatches in the group, even though Samsung made it to market with a smartwatch before the first Apple Watch and has produced several models. Petro said Samsung wasn't excluded for any specific reason. None of the vendors paid to have the survey condcuted, including Samsung.

With more than 250 smartwatch vendors, Petro said First Insight picked a sampling for its survey that represented a "cross-section representative of the market." In fact, he said brand was found not to be a major concern of buyers; only 8% of those surveyed said brand mattered. At the outset, "our question was, why are smartwatches not generally hitting the mark in the industry after they came out with such a big bang?"

Based on its findings, First Insight's advice to smartwatch makers was direct: "As the smartwatch industry continues to face a steep decline, it's time for watch retailers to pay more attention to their varying target audiences, understanding that their entire customer base won't be interested in the same features and functionalities. ... Smartwatch manufacturers can benefit from getting to know the different personas [of smartwatch buyers] and what they want from their devices. ... This is not a one-size-fits-all market opportunity."

First Insight asked respondents various questions to find out what their watch style says about them, then segmented the respondents into seven groups with various labels. Here's how they were ultimately segmented: bohemian, 24%; fashion icon, 21%; spy, 13%; traveler, 11%; banker, 11%; daredevil, 10%; entrepreneur, 10%.

The items considered most important to those surveyed were features and functionality, at 37%, followed by price, at 25%.

Petro said smartwatch makers need to recognize the sticker shock that buyers have and then "engineer the features within that price point."

For Apple, with one iconic Apple Watch design, the challenge to come up with different designs could be difficult. "It's apparent if you look at Apple designs in the [iPhone and the Macbook] that there are aesthetics that are consistent," he said. "It's apparent in the data that consumers want choices, and that may mean taking input from consumers around design and then determining how many designs Apple wants to create."

he smartwatch survey confirmed that one of the biggest trends in retail markets today is that technology and fashion are linked.

"Consumers are segmenting themselves faster than retail companies can understand," Petro said. "The reality is that there are so many fragmented segments of women that tech organizations need to get as part of their design more product input from them."

Other views on the smartwatch market

Analysts such as Angela McIntyre at Gartner and Jitesh Ubrani at IDC have taken note of the market's disillusionment with smartwatches.

Gartner's numbers are more than double what IDC is forecasting for smartwatch shipments for all of 2016. IDC recently said that a total of 20.1 million smartwatches will ship in 2016, up slightly from the 19.3 million that shipped in 2015. IDC hasn't published its 2017 forecast, but has said the market will reach 54.6 million units shipped in 2020, a number still below what Gartner predicts for 2017.

Gartner includes more categories of devices in its definition of smartwatches than does IDC. Ubrani said IDC has limited its definition of smartwatches to three essentials: It must look like a wristwatch and not only a wristband; it must run third-party apps on the device; and it must has a watch face or a default watch screen. That means IDC would not include in the smartwatch category a Fitbit Blaze wearable or those by Withings, which can connect to a phone, but don't run third-party apps.

Gartner's definition doesn't restrict the category of smartwatches to those that run third-party apps on the device. Here's the full Gartner definition: "Smartwatches are electronic devices with a primary function of receiving electronic communications (for example, caller alerts, texts or voice calls). They provide a two-way connection via Bluetooth to a mobile connectivity hub (for example, a smartphone), or via cellular baseband or Wi-Fi. Smartwatches, which must display the time, have a glanceable display; however, the watch face does not have to be digital. Smartwatches must also enable the wearer to transmit an electronic signal from the watch (for example, to control an external app or device, or to transmit voice, an emergency signal or biometric data). Examples of smartwatches include Apple Watch, Pebble Steel, Motorola Moto 360, LG G Watch W100 and Samsung Gear S3."

Both McIntyre and Ubrani are encouraged that some new smartwatches have added functions beyond fitness apps. Both the LG Watch Urbane and the Samsung Gear S3 have cellular capability, for example.

Some smartwatch makers do seem to understand the need to offer variety in the designs and the functions of their devices. McIntyre said Fossil offers three basic types of smartwatches, and there are 118 variations of the Fossil Q brandon the company website, with several priced near $200 and several others in the $300 range.

"Fossil is trying to understand what customers want in a smartwatch," McIntyre said. The $369 price for the Apple Watch Series 2 is comparable to the traditional watch market starting price for a luxury model, starting at about $350.

"Traditional watch manufacturers have been rather cautious about entering the smartwatch market," McIntyre said. "They don't necessarily see the smartwatch as expanding the overall watch market size. They are doing pretty well with the watches they have now. They want to get it right. Fossil and others are taking a wait-and-see attitude." 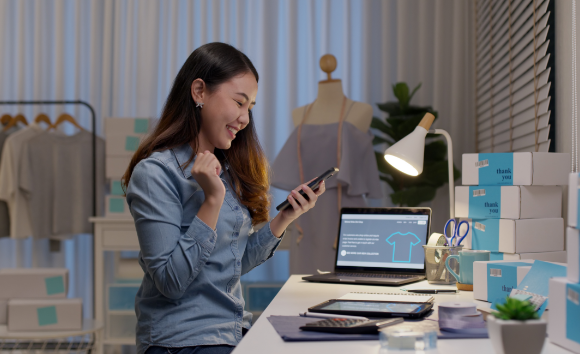 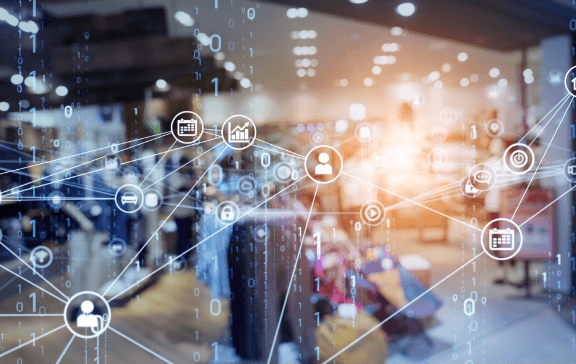 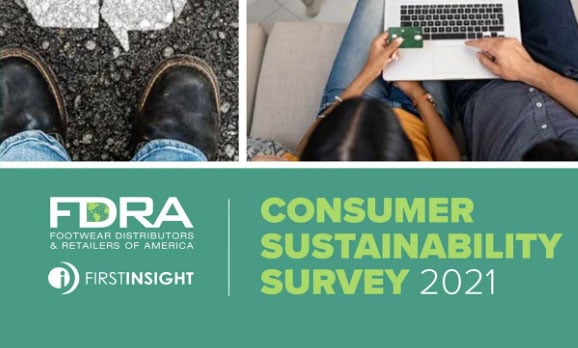 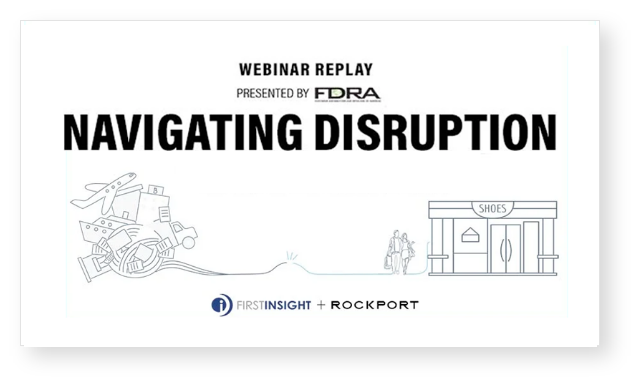 Learn how The Rockport Company created a new product playbook powered by the Voice of the Customer and predictive tools.

Our industry-leading platform takes your experience management operations from reactive to proactive. We empower you to create products, brands, and customer and employee engagement that deliver growth to both your top and bottom lines.