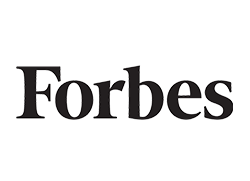 Boxers Or Briefs? Neither. It's Trunks.

We recently teamed up with First Insight, which offers companies a platform for consumer testing of products, to analyze consumer tests of men’s apparel conducted since 2013. The findings show that, although men’s apparel prices overall have fallen by 27.8% over the period, men’s underwear prices have, in fact, increased by 34%. We also found that the number of tests conducted on men’s accessories via First Insight has grown by 681% over the past three years. The popular sock category, where the number of tests conducted has grown by 587% from 2013 to 2016, has seen a marginal price increase.

In the last few days, we took a deeper dive into the data for both men’s underwear and socks to get a better understanding of what is driving sales of these popular categories.

Gen X: “Boxers Or Briefs?” Leads To “The Boxer Brief”
In 1994, a high school student at an MTV -sponsored town hall famously asked Bill Clinton, “Is it boxers or briefs?” He laughed and answered, “Usually briefs.” The fact that he answered at all endeared him to Gen Xers. Around the same time, John Varvatos cut off a pair of long johns and called them “boxer briefs.” Now, according to data from The NPD Group, boxer briefs are the dominant form of men’s underwear, with 40% market share.

But, based on First Insight’s survey results, the prices of boxers and boxer briefs have fallen—boxers are down 28% and boxer briefs are down 2%. So, what accounts for the 34% increase in men’s underwear prices? The answer lies in a relative newcomer to the category: trunks.

Millennials: Defined By The Trunk
According to First Insight data, prices of men’s trunk underwear have risen by 44% over the past three years, and the volume of trunks tested via the company’s platform has boosted tests in the entire men’s underwear category by 34% over the same period. In 2013, trunks accounted for just 8% of the total men’s underwear tests conducted via First Insight’s platform; in 2016 to date, they have represented 56% of the total.

So, what is the deal with trunks? By strict definition, trunks are a hybrid brief and boxer brief that use less fabric. According to Michael Kleinmann, Editor-in-Chief of The Underwear Expert, a site covering the men’s underwear industry, trunks are becoming a favorite cut of underwear among men who are “in the know.” Trunks are versatile—they are great for everyday wear, dressing up and even playing moderate sports.
Our research shows that this term is being used much more broadly across the category to refer to other high-end underwear styles. In fact, a quick look at Google Trends from 2006 to today shows that searches for “trunks” have outpaced searches for “briefs” by 2.5 times, and have outpaced searches for “boxer briefs” by 4.5 times. Trunks’ popularity could also account for the expanded definition of the category, to include higher-end boxer briefs, with popular high-end brands such as Frigo helping to push that envelope.

The price point for trunks is running higher than that of other men’s underwear categories, perhaps due to trunks’ combination of functionality and fashion fusion. Some trunks combine higher-quality fabrics for moisture wicking and odor prevention, some incorporate mesh, and some boast “double-panel coverage.”

For example, Sunspel’s Low Waist Trunks were ranked one of the top 15 men’s underwear brands on Faveable, a site that covers products in a number of categories. They retail for $55 per pair and are described on Faveable as having “the fit of a boxer with the support of a brief.” They received rave reviews on the site, such as “Luxurious to wear and offer a snug, but not too tight, fit; made of fine cotton for unparalleled lightness, comfort, and luxury.”

The 2(x)ist Men’s Stretch Core No-Show Trunk were voted “Sexiest Men’s Underwear” in Faveable’s survey of top underwear brands and they retail for $42.00. This award-winning trunk is made from modal and elastane-blend fabric, and is offered in a variety of colors.

Tommy John’s new Air Icon Trunk is targeted to frequent fliers and road warriors because it is lightweight, made of 77% nylon mesh and 23% spandex. The trunks can be rinsed in a hotel sink, and then worn again. They retail for $45 and come in lake blue and teal green.

Joe Ferrara, a Tommy John investor and board member, said to us during a recent industry panel discussion, “If you think of men’s underwear, it’s black, gray and white. We need stars and stripes, we need colors, performance fabrics, like wicking, for example, which is a premium offering. Doing those things, you can maintain that premium price.”

The Crazy Sock Trend: A Flash In The Pan Or Here To Stay?
As with underwear, socks are a way for men to splurge on themselves, pamper themselves with extra comfort, and show off their personality in subtle and not-so-subtle ways. Since 2013, First Insight has seen the number of companies requesting consumer tests of men’s socks increase by 3.5 times—but sock testing via its platform is actually down 50% from 2014, when the “crazy sock” craze hit its peak.

The number of all men’s accessories tested via First Insight’s platform has increased by four times over the past three years. This reflects data from Euromonitor International that show that men’s accessories sales grew by 12% from 2010 to 2015. It also speaks to the casualization of menswear, a topic that Greg Petro, CEO of First Insight, recently wrote about in his own Forbes blog, which described how men mix and match casual pieces with higher-end pieces, and also how men want to express themselves through their clothing.

While sock prices are up just 2% over the last three years, the colorful sock trend is still relevant, as socks allow men to express their fashion style without being too risky or “out there.”

Men can experiment with fun colors and prints to express themselves, and even get a little bit of positive attention at the office. Popular brands include Happy Socks, which offers men’s socks in every color, pattern and style.

Another brand, Quiet Rebellion, is targeted to the “wild on the inside, mundane on the outside” consumer, and features a sock that is a sedate navy above the shoe line but wildly patterned below. The socks shout, “I’m fun, I promise!” when the shoes come off.

Online pure play Mr. Porter sells many brands, including Thom Browne, Hugo Boss and Missoni, with prices ranging from $13 to $65 per pair—well above the price of your average Hanes Men’s 10-pack.

So, is the crazy sock trend here to stay? We’ll tell you after the holiday season. Each year since 2004, Google searches for “crazy socks” have peaked during the holidays, with searches for the term up 12% in 2015 over the previous year.

We’ll be watching these trends closely in 2016, and will try not to get our trunks in a twist while doing so.