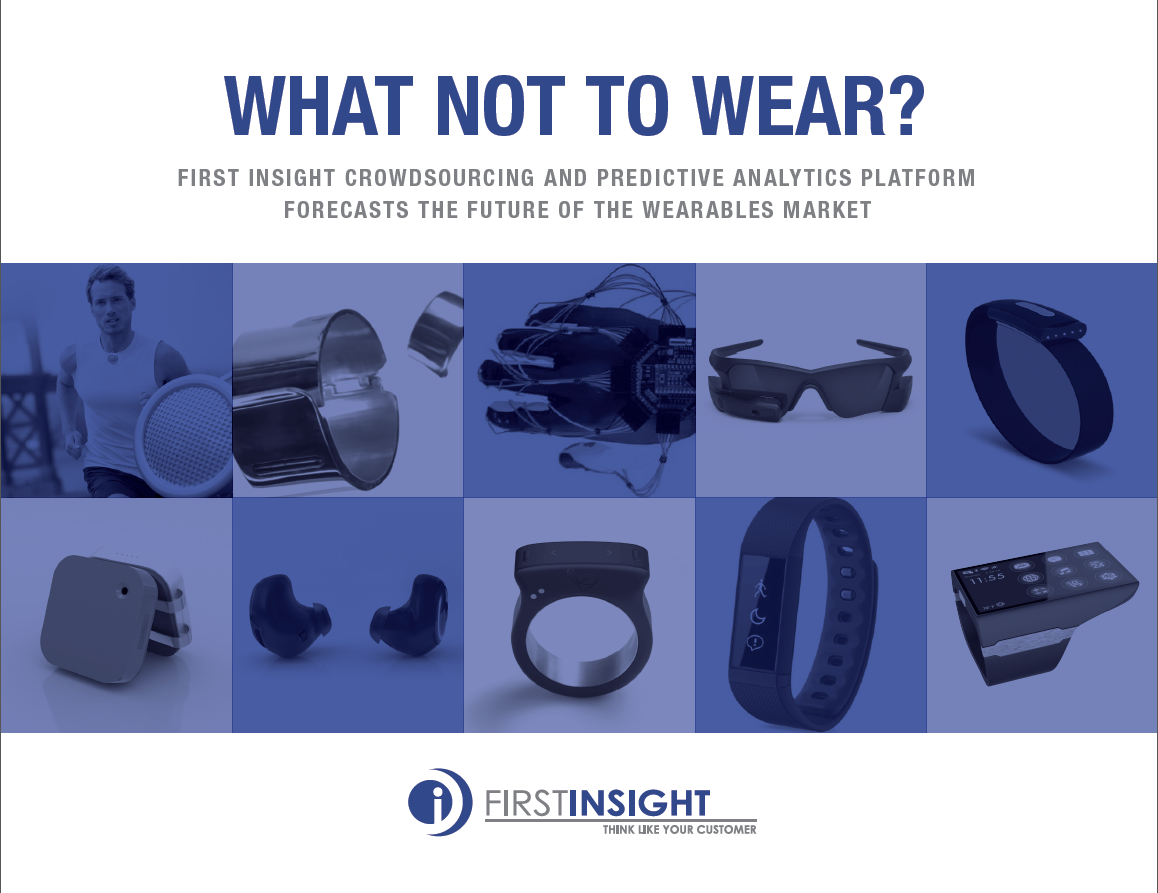 Design and functionality are key factors, but price must be right for market to move beyond niche appeal 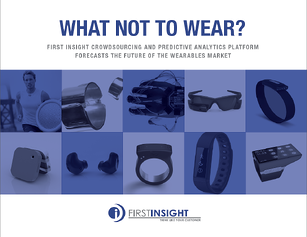 Today, a new report from First Insight, the world’s leading provider of technology solutions that empower retailers and manufacturers to introduce the right new products at the right price, forecasts which soon-to-be released wearables will be all-stars, and which wearable tech fads may fizzle on store shelves.

Through First Insight’s proprietary crowd-sourced testing, participants were queried on 15 wearable products and asked for feedback on the accessories, including input on pricing and likelihood to purchase. First Insight’s predictive analytic algorithms assigned the wearables a Value Score of 1-10, 10 indicating a predicted sales success, and 1 indicating a consumer flop. Generally any score ranking under 6 is predicted to be a sub-performing product.

“It’s a bit counterintuitive that value is a more critical factor than design, and price is a major component of the value of a product,” says First Insight CMO Jim Shea. “Designers tend to think more about making something people will love instead of thinking about the price, but the value quotient – the combination of price and features – is a better predictor of whether or not a product will sell."

The Next Wearables Winners: What You’ll be Wearing This Fall

The overall predicted top seller of the tested products is the Nabu Razer Smartband – a smart watch and fitness band in one — which scored an overall 9/10 Value Score. The second biggest predicted seller is Kickstarter-backed pint-sized fitness tracker Goccia (7/10), followed by Acer Liquid Leap (7/10) and a heart-beat based passcode device NYMI from Bionym (7/10). Predicted successes don’t always map back directly to popular consumer sentiment. Surprisingly, the Dash Headphones, the device consumers raved about the most and had the highest positive feedback (53 percent)—received a Value Score of 4/10. Why the low score? The asking price is nearly twice what consumers said they’d be willing to pay, which means the product isn’t something consumers are likely to buy.

Is the Price Right for Wearables?

In the Midwest and Northeast:

Today, First Insight announced a new addition to its cloud-based InsightSuite platform: InsightPlanning. Adding to the InsightSuite offering, InsightPlanning offers retailers and manufacturers valuable data derived from consumer insights so they can make informed decisions on product production and inventory quantity. With more direct and forward-looking insights—rather than just industry-standard historical-trend analysis—the predictive analytics employed by InsightPlanning can result in net retailer margin gains of 3-9 percent, and First Insight guarantees its results. More information on InsightPlanning can be found here.

First Insight’s predictive analytic approach goes beyond a simple survey: it’s an engaging gamification mechanism, as well as an algorithm that weighs individuals’ answers differently depending on their accuracy while rating already-released “constants” that are known as high-sellers or sales flops.  For the fitness wearables testing, for example, some of the constants selected included the Fitbit Flex fitness trackers (success) and heart rate monitors Scosche Rhythm and Under Armour Armour39 (not successes).