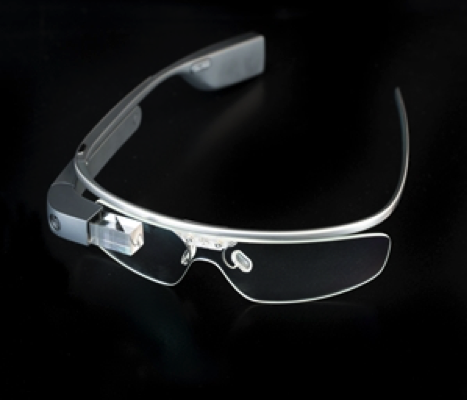 Google Glass gets Shelved. Is a Comeback Possible?

It's official: Google Glass, once the poster child of the wearables trend, has been shelved. Google made the announcement on Jan.19, and while many pundits and reporters have called the project a "failure," the tech giant maintains that it was anything but.

While Google doesn't appear to have lost any enthusiasm about the future of Glass, it's clear that, at least as of right now, the consumer market was not at all primed for the product. It remains to be seen if Google will be able to come back with a new model that will satisfy enough consumers to gain any sort of traction as a profitable part of its business.

Why did Google Glass fail to catch on with consumers?
Google is optimistic about the future of Glass, but the only way it will stand a chance as a consumer product is if it fixes the issues that plagued it this time around.

One of the biggest sticking points for the general public was the price of the product. As IT Pro Portal pointed out, very few consumers outside of a small group of hardcore tech lovers were willing to pay the $1,500 price tag Google was asking for the product. But even if the asking price hadn't been so steep, there were a host of other problems that consumers had with Google Glass.

As many wearables manufacturers have come to discover, very few people are going to buy something they're supposed to wear if it doesn't look good - no matter what kind of exciting features it has. Google Glass was a tough sell to nearly everyone except for the most devoted simply because most consumers didn't like the way it looked.

Google Glass also irked its early adopters and dissuaded the early majority from buying in thanks to its weak battery life. Google claimed that Glass could go for a whole day on one charge. But as IT Pro Portal reported, many frustrated users said that after just three to five hours of use, the "recharge" light came on. This ties into another lesson that wearable manufacturers learned at the Consumer Electronics Expo this year: Most people don't care as much about new features nearly as much as they care about extending their devices' battery life.

When Google first unveiled Glass to the public, the reaction was a mix of fevered excitement from tech enthusiasts and widespread cynicism and derision from the media and general public. In a recent article, InformationWeek reminisced about how Saturday Night Live pulled no punches in making fun of the device, many bars and clubs banned it from their premises outright and political commentators took the opportunity to slam the company over privacy concerns. In some extreme cases, Glass wearers were actually attacked by people who felt they were being probed by the product's gaze.

For its part, representatives from Google have acknowledged that it did not do enough to educate the public about how its product worked, which allowed the press cycle to run wild with its own theories about it.

There's no doubt that the introduction of a product like Google Glass and others can and should spark a wider discussion about the role of technology and its impact on privacy, but by abstaining from the conversation, Google allowed a considerable amount of misinformation to become entrenched in Glass's narrative.

Is there any hope for Google Glass?
It's back to the drawing board for the Google Glass team, but at this point, is there any way they can bring it back to life? There is some evidence that it can, according to an analyst from Forrester Research.

"Forrester's data shows that 43 percent of consumers have interest in Glass - but 50 percent also have privacy concerns. So Google needs to construct a consumer image for the product, and deal with privacy concerns if they want it to be mass market," Forrester analyst J.P. Gownder wrote in an emailed statement to InformationWeek.

Overcoming the privacy-driven concerns that many consumers have regarding Glass will be key if Google wants this product to take off. But in a world where simply pointing a camera in someone's direction can be construed as a direct affront to that person, Google will have to find a way to make its offering more palatable to both users and non-users alike.

In addition, Google will have to be much clearer in its marketing of Google Glass. One of the main barriers to adoption was simply that no one knew why they should bother to buy Glass in the first place. There were a few interesting apps that took advantage of the hardware, but there was very little that would entice most consumers to pay $1,500.

It will be a tall order for Google to get its product, pricing, marketing and general consumer education right the second time around, but if it can, it will surely signal the arrival as wearables as a major product category.