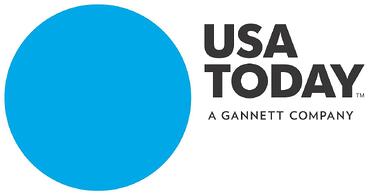 Men are feeling jollier about the holiday season than women, at least when it comes to buying gifts, new USA TODAY research shows.

The good news for retailers: 75% of both men and women plan to spend more or the same as they did last holiday season, the data show.

The results square with November retail sales out Thursday from the Commerce Department. Sales were up 4.4% compared with November 2011, which National Retail Federation chief economist Jack Kleinhenz said showed "The season is off to a pretty good start."

The looming "fiscal cliff" -- the federal government's dispute about how to prevent big tax increases and spending cuts starting Jan. 1 -- is weighing on holiday shoppers' moods, but Kleinhenz says it's not clear if "Washington will be the Grinch for holiday sales." The effect that Superstorm Sandy will have on holiday sales is another unanswered question, he says.

Most estimates for the holiday season suggest retail sales will be up about 4% this year — less of an increase than the past two years, but those holiday periods were compared with pretty dire seasons.

"It's very clear people are getting more worried, but the nice things are that fuel prices have fallen, wages are showing some gains, and employment is relatively good," says Chris Christopher, senior principal economist at IHS Global Insight, which predicts sales will be up 3.9%.

The nearly 6,000 people surveyed were asked what they plan to spend and hope to give and get, and what they would be willing to spend on various products. Shoppers made it clear they planned to focus on deals on everything except hot electronics.

Electronics was the most expensive category evaluated, "and it is clearly price-insensitive," says Shea.

When asked what they would pay for electronics including the iPhone 5, the xBox 360, the Kindle Fire and Wii, shoppers consistently named prices at or above the sticker price. But In most other categories, shoppers wanted to pay less than the retail price.

Consumers are worried, but they will buy something at full price if it's a must-have item, agrees Kurt Kendall, a retail strategist at consulting firm Kurt Salmon.

"They're not only buying on deep, deep discount, but retailers are having to be promotional," says Kendall.

In addition to curbing the urge to splurge, some people are sticking to the basics when it comes to giving. Broderick Bohls of Seattle is getting his girlfriend a microwave oven and fixing her computer. He's asking for a lamp. After a costly car repair and an injury that kept him out of work, "I'm so broke, I can't see straight," he says.

Julie Bishop of Richmond, Va., says she and her husband are planning to spend more this holiday season and are buying each of their two children an iPad mini. That's after "holding back due to the economy" for the last three years, she says. But with salaries that are significantly lower than they were four years ago and concerns about the fiscal cliff and tax increases, "We will most likely not be able to spend much next Christmas," she says.