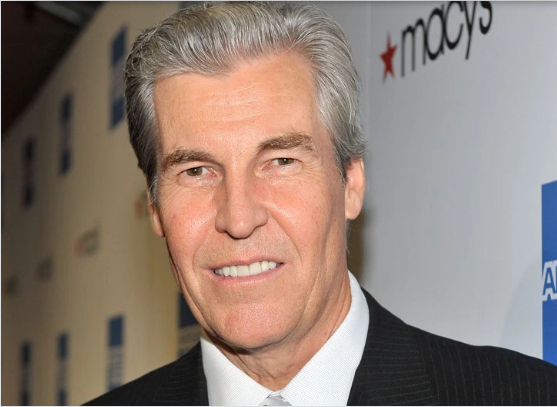 Macy’s has been looking to make big changes over the past year to keep the consumer shopping, and longtime CEO Terry Lundgren’s decision to step down is probably the biggest one yet.

Thursday morning the company announced Lundgren, the CEO of Macy’s since 2003 and chairman since 2004, would step aside to allow current president Jeff Gennette to take over starting in the first quarter of 2017. Lundgren would transition to executive chairman.

Gennette has served in various executive roles at Macy’s for 33 years, working as the chief merchandising officer and managing the men’s and children’s business, and heading up the business various regional Macy’s divisions.

Lundgren spearheaded major successes at Macy’s in the 14 years he was at the helm as CEO and chairman, but as the retailer has struggled with changing consumer behaviors, a late arrival to the off-price sector and the volatile economic and retail landscape, there is quite a bit on Gannette’s plate.

Macy’s is looking still to find the right stride with its consumer. In the first quarter of this year, Macy’s reported its worst sales in years. Revenue slipped 7.4 percent to $5.8 billion, from $6.2 billion in the year-ago quarter. Holiday 2015 was one of the most challenging since the 2009 recession.

The company announced a series of aggressive strategies to cut costs and combat the sluggish sales, including shuttering 40 stores affecting hundreds of employees.

Experts expect a continued organized and serious push to get Macy’s on track by Gennette.

“I think he’s well positioned,” said Oliver Chen, Cowen & Co analyst. “But the company has acknowledged the challenges and really said a reset is happening. From what I can tell he will have the understanding of the art and science of retail.”

Chen added that he though Gennette would know not just the technical end of running a store like Macy’s, but also understand the experience, merchandise component. He did caution though the macro problems facing department stores, including the challenges re-energizing a younger consumer and speed to market, could be issues Gannette might not be able to directly tackle.

Some analysts have cautioned that Gennette might be missing the outside perspective Macy’s could benefit from, but Petro agrees that he expects Gannette to make big changes.

“Terry Lundgren was quoted saying, ‘Now is the time to reset our business model to thrive in a future that is being driven by rapid evolution in consumer preferences and shopping habits,’” he said. “And this is exactly what Macy’s will do. We’re in a new age of retail and I expect Macy’s to introduce new strategies that align with a digitally-savvy consumer and the growing millennial segment.”

Share prices for Macy’s opened up 3.5 percent on the announcement this morning and closed up 1.74 percent to $33.38 per share.