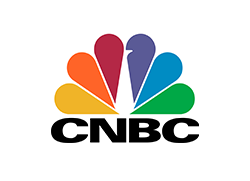 10,000 stores are expected to close in 2021, as pandemic continues to pummel retailers

One retail research and advisory group predicts as many as 10,000 stores could be closed in the United States this year, which would set a new record, as the Covid pandemic continues to take a toll on the industry and companies rethink how many locations they can sustain.

10,000 closures would represent a 14% uptick from 2020 levels, Coresight Research said in a report released Thursday. Coresight also forecasts that retailers will announce 4,000 store openings in 2021, driven by growth from grocery discounters and dollar store chains.

Last year, in the thick of the pandemic, Coresight predicted in June that there would be as many as 25,000 closures announced by retailers in 2020. But it ended up tracking just 8,741, along with 3,304 openings. That was a deceleration from the 9,832 closures it tracked in 2019 — the highest number Coresight has seen as long as it has been following retail closings and openings.

.... A study released earlier this week by First Insight found 40% of consumers plan to shop for apparel in brick-and-mortar stores either the same amount or less after being vaccinated, implying there won’t be an immediate rush back to the mall.