The industry already knows it’s trained consumers not to buy at full price, but now Fung Global Retail and Technology knows exactly how much of their hard-earned dollars shoppers are willing to dish up.

According to a new report done in conjunction with cloud-based technology company First Insight, consumer resistance to price is increasing—and prices are decreasing as a result. 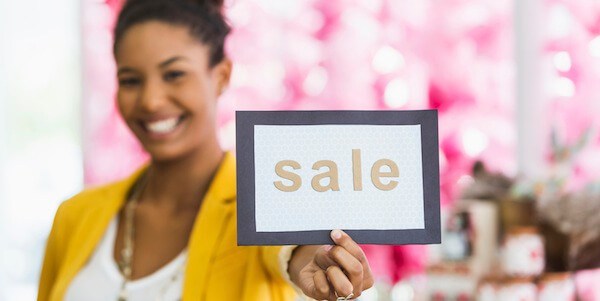 “Consumers not seeing the value at full price is a key driver of the markdown challenge that has been plaguing retailers and brands,” the report noted.

MSRPs are trending downward in core womenswear categories, like tops and bottoms, but upward in noncore categories like athleisure, where consumers are more willing to pay closer to asking.

The gap between MSRPs and payable prices is widening

Out of 10 surveyed womenswear categories (lounge and sleepwear, swimwear, bottoms, lingerie, tops, dresses, outerwear, accessories, footwear, athleisure), the prices consumers were willing to pay for the product were lower than the retail price in all 10 cases.

The prices consumers were in fact willing to pay were, on average, between 65 percent and 93 percent of what retailers were asking. The gap between MSRP and what consumers deemed payable narrowed for lounge and sleepwear, swimwear and bottoms, but widened in all of the other categories.

“This overall trend aligns with the increasingly promotional nature of retail, the impact of multi-channel selling, and off-price retail and fast-fashion retail,” according to the report.

Consumers are less inclined to pay up for core products

When it comes to tops and bottoms, consumers were even less willing to pay full retail and MSRPs have trended down as a result.

Based on the data, Fung Global said, “If a retailer went to market with the top priced at $30, that top may have a higher likelihood of being marked down due to increased consumer price resistance.”

Consumers are constantly seeking value in today’s market, as evidenced not just by their resistance to full-price retail, but the fact that seven of the 20 fastest-growing brands across all retail channels are value oriented, according to a Euromonitor International study.

Consumers will pay up for athleisure

For bottoms in general, consumers are willing to pay 76 percent of asking price, on average, and knits and leggings were the standouts.

When it came to knit bottoms, which athleisure is mostly comprised of, consumers were willing to pay as much as 82 percent of MSRP, a 9 percent increase over the study’s January 2013 start.

Citing a Slice Intelligence report, Fung Global said online purchases of leggings were up 41 percent this year compared to a 3 percent increase in orders for jeans. Lululemon sales grew 369 percent between 2010 and 2015, and Athleta sales grew 95 percent over the same period.

The trend in activewear isn’t going anywhere either. According to Fung Global and First Insight, women’s activewear will continue to drive apparel sales, especially as companies invest in more functional fabrics.

“The distinction between workwear and leisurewear is blurring, and there is opportunity to continue to grow category sales by integrating workwear and streetwear,” the report noted.

Footwear prices up but consumers still unwilling to pay

The average retail price of footwear between the January 2013 to June 2016 period may have increased but consumers were increasingly unwilling to pay them.

In 2013, consumers were willing to pay 82 percent of full asking price for footwear, but by June this year, that number had slid to 74 percent.

Consumers were more accepting of the price increases in the slipper and sneaker categories and less so with boots, heels, sandals, booties and wedges. Competition in the premium-priced footwear categories is steep and athletic and comfort footwear are pulling ahead of the rest