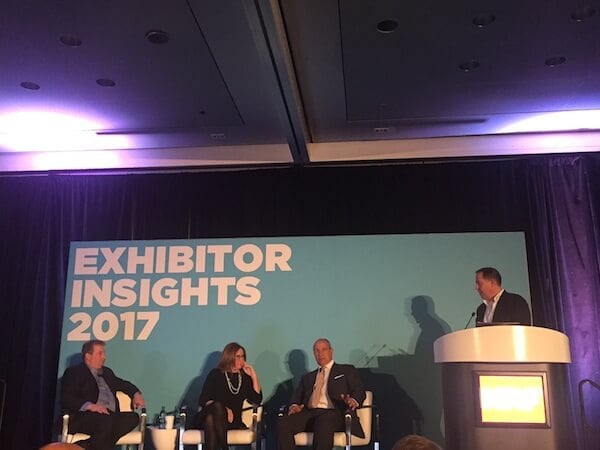 What can retailers and brands do to stop the race to the bottom when it comes to markdowns?

First, they need to realize how bad the problem really is.

At a session titled “Markdowns: The Hidden Virus” at NRF’s Big Show Monday, Greg Petro, CEO of predictive analytics platform First Insight, said, in so many words, that the markdown problem is really bad.

In highlighting some First Insight research findings, Petro said over this last holiday season, 70 percent of consumers expected to see markdowns of 31 percent or more when they walked into a store or visited a retailer’s website.

What’s more, one-third of all shoppers visiting retail channels are looking for 100 percent of their purchases to be made on sale.

“The expectation of consumers overall during the holiday is that they want better deals, and we’re educating them that way,” Petro said. “We’re conditioning our consumers, and this challenge is becoming very systemic.”

The percentage of goods sold at full-price—not surprisingly, considering the promotional retail landscape—is dropping. According to Petro, 45 percent of women want an offer of 41 percent or more off just to get them into a store. For womenswear overall, consumers are only willing to pay 76 percent of the item’s asking price.

Consumers also know they are more likely to get better promotions online, which won’t do much to help already suffering stores as they watch their sales increasingly flee into the arms of the web. Sixty percent of consumers said they expect to get more deals online than in store.

And with global overstocks and returns totaling $165 trillion of what essentially amounts to missed opportunity, retail needs to check this markdown virus before it spreads and wipes more of them out.

“As an industry, we are at a transformational point in the supply chain,” Petro said.

The problem is that, more often than not, the price isn’t right.

Retailers will have to figure out how to assess the shoppers’ perceived value and what they’ll be willing to pay for a product.

The other problem is that, conditioning shoppers to buy on sale makes them even less likely to pay full price. Especially when store associates are quick to offer up the date of a next sale—which these days seems to happen every other day.

“We’re in a cycle right now where it’s a race to the bottom and nobody is going to win…because there’s really no place to go to get cheaper product,” Alex Del Cielo, CEO of the Camuto Group, the parent company of Vince Camuto said. “So the only way is to figure out how to reduce markdowns.”

The supply chain has moved out over the years, according to Del Cielo. The consumer has more information about the product than they ever have, but lead times have gotten longer with manufacturing chasing the cheapest countries, which aren’t necessarily close to the consumer. And retailers are struggling to react to all of that.

“In the world today, if you walk into most stores, it’s over sku’d. And it’s over sku’d because nobody really knows where the consumer is going,” Del Cielo said.

Lending some data to that comment, Petro said citing recent research, that there’s 49 square feet of retail space per capita in the U.S., and the country that ranks next, the U.K., has just 9 square feet per capita.

“Very rarely is one of the first diligence questions ‘how are the markdowns?’,” Susman said. “But that is changing. Markdowns are a critical component to the ultimate valuation.”

What does the consumer want anyway?

Today’s customer isn’t shy about voicing what she wants, nor is she shy about bailing when a brand doesn’t give it to her.

“Until the manufacturing base moves closer to demand signals, you have to be able to predict better,” Petro said.

And beyond just the right predictions, retailers will have to exhibit the right training.

“The consumer is trained depending on how you treat your brand. If a brand is never on sale, then they’re not ever looking for a deal on day one,” Del Cielo said. It’s about what the consumer perceives as value. “If it’s constantly marked down and the goods are always offered at a promotional price, it’s not viewed as valuable.”

Ever the example, Zara has trained its shoppers not to expect random-day discounts because that just isn’t what they do. And because of how often Zara changes its floor sets, is hasn’t only trained its shopper to buy at full price, but to buy immediately.

With markdowns becoming are more important part of a company’s valuation, Del Cielo said those who don’t get out of this vicious promotional cycle simply won’t last.

“It’s not a long-term proposition if you’re a promotional player,” he said.

From a financial perspective, Susman acknowledged the difficulty in un-training the consumer from expectations of a sale, but said it won’t necessarily mean the failure of the brand—at least at first.

So what’s a brand to do?

For HSN it’s been all about data. Especially because of the company’s unique model.

“Getting the product right and setting that initial price is so critically important to us because we do live in a sell out model,” Karen Etzkorn, EVP and CEO of HSN, Inc, said.

Data is the holy grail, Etzkorn said, but all the data in the world won’t always provide retailers the right answer, so it’s going to be about marrying that data with really great merchant capability.

Design teams will also play a role in pushing the envelope as innovation can elevate perceived value.

“It doesn’t always need to be at the lowest price,” Del Cielo said. “If it’s the right price that she [the consumer] views as having a value, she’ll pay you for it.”

In this market, brands should be focused on being really good at what they’re really good at—whether it’s being known for a price point or a channel or a product—rather than trying to be OK at many things for many consumers.

Retailers have to challenge the price/value proposition and ask themselves whether they can sell a product at full price to their consumer. If not, some reevaluation will be necessary.

“Product needs to be given a chance,” Susman said. “When you put winter coats in stores in July and in October they go 40 percent off, you didn’t give that product a chance.”

That’s where taking insight from the stacks of data most retailers are sitting on is going to be vital, as Etzkorn explained. Merchants and planners will have to really focus on that insight rather than sitting on scores of data and not really knowing what to do with it

“What worked last year doesn’t work anymore. The consumer has too much information at their fingertips,” Del Cielo said. “You better be prepared to offer them what they want, otherwise those markdown statistics are just going to keep growing.”